WITH ALL MY LOVE…, TO THOSE WHO CHOSE TO COME TO EARTH 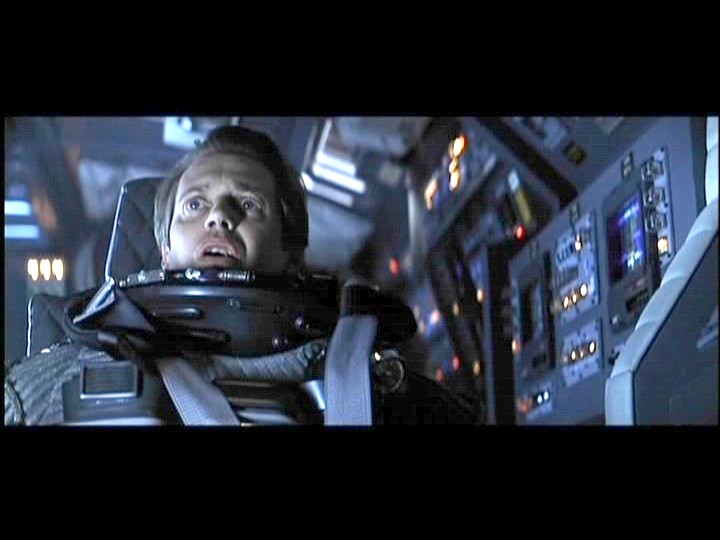 The more that time passes by…, the more that I’m feeling just a little bit like that guy “Rock Hound”…, (Steve Buscemi) who played the hapless comic relief in the movie…, ARMAGEDDON!

After being transported up to the Asteroid that is racing toward our fair planet…, and entrusted with the “task” of getting rid of the “threat”…, he has suddenly decided to just quit what he was trying to do to “save” the planet, and has decided to “pick out” a really nice spot where he can just sit and watch all of creation come to an end in one big “blast”.

As the movie comes to it’s conclusion…, he is found by the rest of his crew to be “Riding the Nuke”  like an imaginary horse…, and needs to be duct taped to his seat inside the escape craft for his own protection. 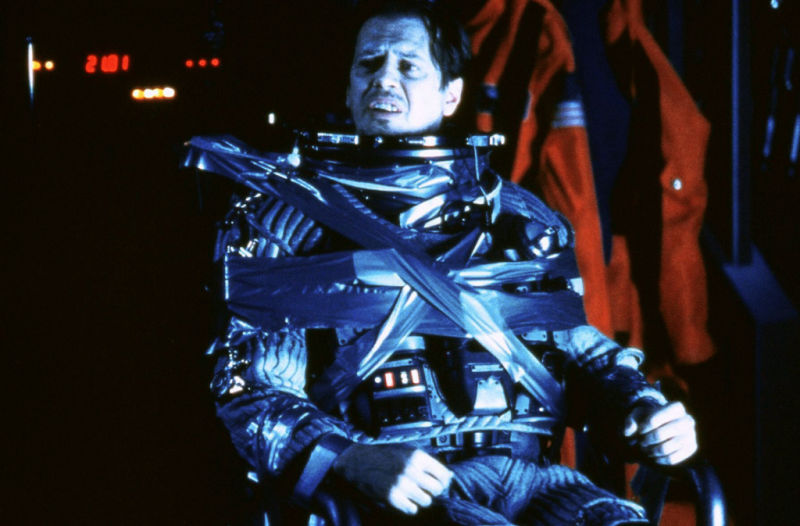 I have always thought and believed that to SAVE a man from a “trap”, or steer him clear from a threat is not only GODLY…, but is DIVINE.

Earth…, needless to say, is NOT my normal type of MISSION to be sure.  It is one of those things that come along once in millions, if not billions of years.  However…, that being said…, I do have to admit.., that the “challenge” here is a formidable one.

Not impossible…, but formidable!

The problem is that very few people (if any) want to DO ANYTHING to save themselves!

Normally when you go to a planet where people need saving…, they are more than willing to take up some of the slack…, and actually assist those who took an incarnation to give them the information, and push they needed!

This planet is unique in the sense that the DARK OVER LORDS that have enslaved this world from the 4th Dimension have convinced the masses that their only path to getting saved, and to being let out of their “prison” is to give total “surrender”…, and a total “submission” to what is happening to them.

Surrender to it and FORGIVE it all…., DO NOT JUDGE ANYTHING

Naturally…, this is the exact opposite of what they need to be doing!  However…, this one single DECEPTION…, that souls like myself are fighting is so comprehensive, and has been in place for so long…, that there is an actual HISTORY on this planet that is going back thousands of years and has “so-called” spiritual men and women telling the masses that by giving in, and surrendering to it all, is the way…, they “MAGICALLY” are allowed out of the trap!

So, what we’ve got…, is a handful of really dedicated souls who have come to try to make a difference here on Earth…, and WAKE UP THE SLEEPING MASSES to the fact and the idea they truly can SAVE THEMSELVES from their oppressors…., while on the other hand…, there are thousands…, if not MILLIONS of generally good souls who have been re-incarnating inside of the TRAP for so long…, that they now have a sort of genetic memory of all of the many life-times of giving in and surrendering…, and trying to escape the TRAP in the way the DARK LORDS have told them it could and should be done.

Therefore…, they are repeating the same mistake…, lifetime after lifetime…, and no one actually ever gets out of the trap…, and NOTHING ever changes here on the PLANET.

As we speak…, they are ACTIVELY working against those of us who are NEW to this Planet and have the means to help them escape!  This is the “problem” I and others like me are having with the NEW AGE!

So blind are they in their belief of “how it gets done”…, that they are willing to either shout down…, or ignore every other way of doing it!

They have been here for so long…, they have no real memory of what it takes to move forward…, or…, what the NATURAL LAWS of the COSMOS are any longer.

I have said it many times…, on my former blog…, and to those who have asked me on this one why I can be “SO CERTAIN” of what I’m saying.  My response is always the same:

This is only the 10th incarnation I’ve ever had on this fair planet…, that’s why!

I did not come here with a whole bunch of EARTH garbage, Earth LIES…, and this is how things are done here on EARTH in this current incarnation!

Now…, that is not to say that it was easy for me!  I have to admit…, I spent almost my entire childhood terrified of what human beings were doing to each other…, saying to each other…, and how they were living their lives on this planet which seemed so foreign to me that I wanted to leave it.

My parents…, (God Bless them) could not understand me…, even as a small child…, and even thought that I was broken somehow, because no matter what they tried to “teach me”…, the “programming” would just never stick.

Even at only 7 years old…, I used to laugh at my parents if they told me a “this is how life is” story…, and I knew that this way of looking at things was simply ridiculous!   Not only did I know what they were telling me was ridiculous…, I TOLD THEM SO!

Needless to say there was a lot of frustration between myself and my parents.

Most souls on the Earth have gone through thousands of lives!  And many have been re-incarnating here on the Earth for so long…, that sadly, they can no longer remember what it was like to live life in a way that is different from how it is lived here!

PLEASE THINK ABOUT THIS!

We’ve got thousands of souls working inside of the “NEW AGE”…, who may have been re-incarnating on the Earth for hundreds of incarnations (if not many more)…, and who have meditated like monks for dozens and dozens of lives just to get to the point where they have a quasi peaceful life here in this incarnation.

However…, what they are TELLING everyone else (the blind leading the blind) about how to ESCAPE this trap…, and the FAKE FORMULA…, that they are giving them, has been handed down to the masses through these 4th dimensional Dark Lords.

This fake formula is:  SURRENDER and SUBMISSION.

THIS IS NOT…, AND CAN NEVER BE THE WAY OUT

The only way out is to “actively” reclaim, and then re-establish your personal boundaries of FREEWILL!

These DARK LORDS know this…, and that is why they tell you the opposite!

It is establishing “UNITY” in thought, word and deed that will help you get free.

This is the core KEY of manifestation in this UNIVERSE which has been very effectively hidden from everyone.

Many New Agers think that we all must “unify” with each other…, but the UNITY that the universe seeks from us is “personal unity within”!

This is the BIG SECRET that the corrupt DARK MAGICIANS want to keep from you!

This is exactly WHY…, (even though they are very dark)…, they have been “given” the powers they now have by the UNIVERSE.

The NEW AGER’s…, have no MAGICAL POWER…, only because they are MISSING the last part of the formula!

New Ager’s have lots and lots of very nice “thoughts”!   And, they may even put these wonderful thoughts into words…, but this is where they stop and they go no further.

THEY NEVER PUT THOSE THOUGHTS AND WORDS INTO ACTION!

Therefore, the Universe does not see them as WHOLE BEINGS…, or as HOLY!

The Universe does not see them as being in personal UNITY within their own beings.  The critical “circuit” of power within them has not been completed, and therefore…, NO MAGIC and NO MANIFESTATION is possible for these hopelessly CONNED men and women.

You see…, over thousands of years…, and in hundreds of FAKE RELIGIONS…, the masses have been “taught” that it is far better to PRAY…, and to MEDIATE…, but after that….,    taking real physical “action” is   NOT NECESSARY!

In fact I have posted links to channeled messages which constantly tell people to sit back, enjoy the show…, and DO NOTHING!

They are even told to just SURRENDER, or SUBMIT to their lot in life…, and that this “peaceful” action is Godly! And…, if they do…, someone ELSE…, will come to save them or help them.

However…, by not TAKING PHYSICAL ACTION in their lives…, actions that are in line with their thoughts and their words…, they are not in personal UNITY…, and therefore they have not become an embodiment of the HOLY TRINITY in their thoughts, words, and deeds!

Thus…, the UNIVERSE does not see them as credible…, or sincere beings.

The Universe is waiting to see ACTION to complete the circuit of power within each soul that asks for favors or for help.

THAT IS HOW MANIFESTATION WORKS IN THIS UNIVERSE

This is EXACTLY why this last part of the formula for creation was “left out” of any and all teachings within formal Religions…, and now especially has been left out of the NEW AGE teachings as well.

It is also left out of every channeled message that has ever been printed or posted…, and there is a very good reason for this.

Those who were trained in the Ancient Mystery Schools knew that anyone who wanted to be a MAGICIAN (light or dark), and wanted to have any real power here on the Earth…,  had to be first UNIFIED in thought, word, and deed…, in order to achieve anything.

This is how the UNIVERSE works!  These rules are always the same whether you are doing good works or bad works!

So…, in order to keep those souls who are GOOD, from achieving any of their goals.., the DARK MAGICIANS simply conned all of the good people that prayer and meditation were all that were necessary when working with “energy”…, and that somehow physical action was not a part of the formula.

And so…, instead of telling them to complete the ELECTRICAL CIRCUIT of manifestation by becoming Unified within themselves, and by taking physical action that was in line with their thoughts and words…, they told them a complete lie…, and told them to SURRENDER.

This had the effect of nullifying and voiding anything and everything they prayed for, because the circuit of manifestation was never completed…, and the power of their thoughts and prayers fell short of creation.

Here…, once again…, is MARK PASSIO…, who explains this some of this concept in the video that I posted a few days ago.  Have a listen!