[THE FUTURE PROVES THE PAST – Every single article that I’ve ever written is important.  In the FUTURE – LOVE TRUTH BLOG will be studied at every University on Earth!  Students of TRUTH will wonder why so FEW human beings read what is OBVIOUS to them, when those that were living right during the time this was ALL happening ignored this BLOG!]

THE ENGLISH LANGUAGE IS THE MOST “ENSLAVED” LANGUAGE ON THE PLANET

I have said this before, but it needs repeating.  It was specifically designed to be the Language of the NEW WORLD ORDER.

Those “Fallen Angels” or Demon “gods” (small “g”) who messed with our DNA (a long time ago) disconnected the entire human species from their higher awareness/consciousness.

Therefore…, our entire species, which normally used telepathy for all communications, where then stuck with using only words.

THIS WAS BY DESIGN

It was designed this way because words are really only symbols…, and can be given multiple meanings and multiple ideas that go along with them.

They can be “interpreted” in dozens of ways which basically renders the entire process of trying to find out what some symbol or “pharse” means with clarity almost impossible.

THIS IS THE WAY YOU ENSLAVE A SPECIES

You make it impossible for them to communicate with each other effectively.

You also make it impossible to really “know” what the rules are…, who is making them, and what they really mean.

So…, let’s once again revisit what a WORD really is:

A word, is a whirr’d…, because it can be spun like a top.

You see…, word and whirr’d sound exactly the same to your ears don’t they?

If you hear them…, you will not know which “spelling”  is actually being used, and are thusly confused!

Since you do NOT KNOW which “spelling” for any word you “hear” has been used…, you may NOT KNOW the actual meaning of the word/whirr’d that you heard…, and are thus now UNDER A “SPELL”.

The “spell” that you are under…, is the “spell” that was cast the very moment you heard the word/whirr’d in your ears…, but were UNCLEAR as to the meaning it had.

Because you only can really go by what you heard with your ears…, then you are part of the HERD.

The “herd” is the dumbed down portion of humanity which has been genetically altered by FALLEN ANGELS and DEMONS posing as “gods”.

They “gave us” language…, and as we speak “they” are giving us the FINAL version of language which is the ENGLISH LANGUAGE…., the language of TOTAL ENSLAVEMENT.

It was created to mock us in every way possible.

To those who gave us our language we are nothing better than CATTLE…, and so were are simply called: THE HERD

Those elites…, who watch over the “herd” are the cattle herders…, or very literally the COW-HERDS.

They are cow-herds..., because they are the biggest cowards.

A coward is someone who has no courage!

Those humans who have plently of “rage” over being treated like cattle are very likely to start or stage some kind of “coup”!

So they are said to have coup-rage.

Those who have “coup-rage”…, could never be trusted to watch over the herd!

It is EASY to see who the “cow-herds” are:

THEY are the Police, the Government, and the Military!

Government comes from Govern…, which means to control or steer…, and “ment” or “mentis” which means MIND.

Are you starting to “see” what I am telling you?

Is it now becoming clear to you that words are really whirr’ds because they are spun?

And where pray tell do they tell us that we live?

We are told we live on a world!

We are told that the world is a giant ball in the sky, and that it spins like a top!

It spins just like a toy that has been “whirrl’d” so that it can turn continuously…, and so therefore it is called a “world”.

What is it really if we do NOT know clearly the definition of the word/whirr’d that we use to describe it??

Who actually gave us these words again?    And who really sorts out which words mean what, and who can use them and where??

But many things can be done in or on a court!

A court can be an open area surrounded by buildings.., or it can be an enclosed building with a glass ceiling.

It can be a place were “games” are played…, or it can be some place where legal issues are heard.

But which “court” are you in?

Well…, that changes the very moment you tell them your NAME!

You see…, the “court” is many things depending on WHO YOU ARE!

DO YOU KNOW WHO YOU ARE??

This is the very first question you are asked when you enter a “court”.

The answer you give, will determine which “court” you are in.

If they ask you if you are JOHN DOE…, which sounds alot like:   john doe

Then you are in trouble becuase YOU DID NOT ASK which “john doe” they were refering to.

Here is a “Maxim of Law” (something you’ve never heard of…, because you are part of the herd)

Have you ever heard that before?

Well every single “judge” who sits on the “bench” goes by this MAXIM OF LAW…, every single day of their lives.  They KNOW IT.., because they are one of the Cow-herds!  And so they are told that this maxim exists.  They know…, but YOU do not know.

Things that appear to be, and seem to be the same…, are NOT THE SAME!

Pardon me…, but which john doe are you talking about??

Depending upon the “SPELLING” (that ol’ magic spell-ing) is what will magically change one “court” into another kind of “court” in the blink of an eye.

But those who can NOT SEE…, must not have the eye…, and are thus blind!

They are not “eye’s” at all…, but instead they become “things” which can NOT see…, and need to be cared for.

Any human being who needs to be “cared for” quickly becomes part of the HERD.

They are a thing because they have no I/eye with which to see.

They are befuddled by the whirr’ds around them…, and do not KNOW what they mean.

And thus they become “lost at sea”.

They can not truly SEE ANYTHING…, because they have no eye/I with which to SEE.

Once you become LOST AT SEA…, then you must be taken care of by THE LAW OF THE SEA!

The Vatican is engaged in the business (for profit) of Salvage!

They salvage anything that is LOST AT SEA…, and claim it as their own property.

Once they claim it as their own property…, that “thing” that can not see…, has been given SALVATION.

Or has it simply been Salvaged?

They do this on paper…, and through the “courts”.

It happens by MAGIC.

It happens in the “wink of an eye”…, in only seconds…, when you come to the “court”.

Depending upon what you say “in the court”…, will determine “which court” magically appears in front of you.

It will either be a building with a glass ceiling that you can look through…, OR…, it will become a place where LEGAL definations are applied.

It’s all about whirr’ds and how they are SPUN.

And now you know.., that you can NEVER, EVER trust words…, because every single one has a “spelling” attached to it…, and if you do not know the clear meaning of the whirr’d…, you can never understand it.

As one foul wizard once said…

IT DEPENDS ON WHAT THE MEANING OF “IS” …IS… 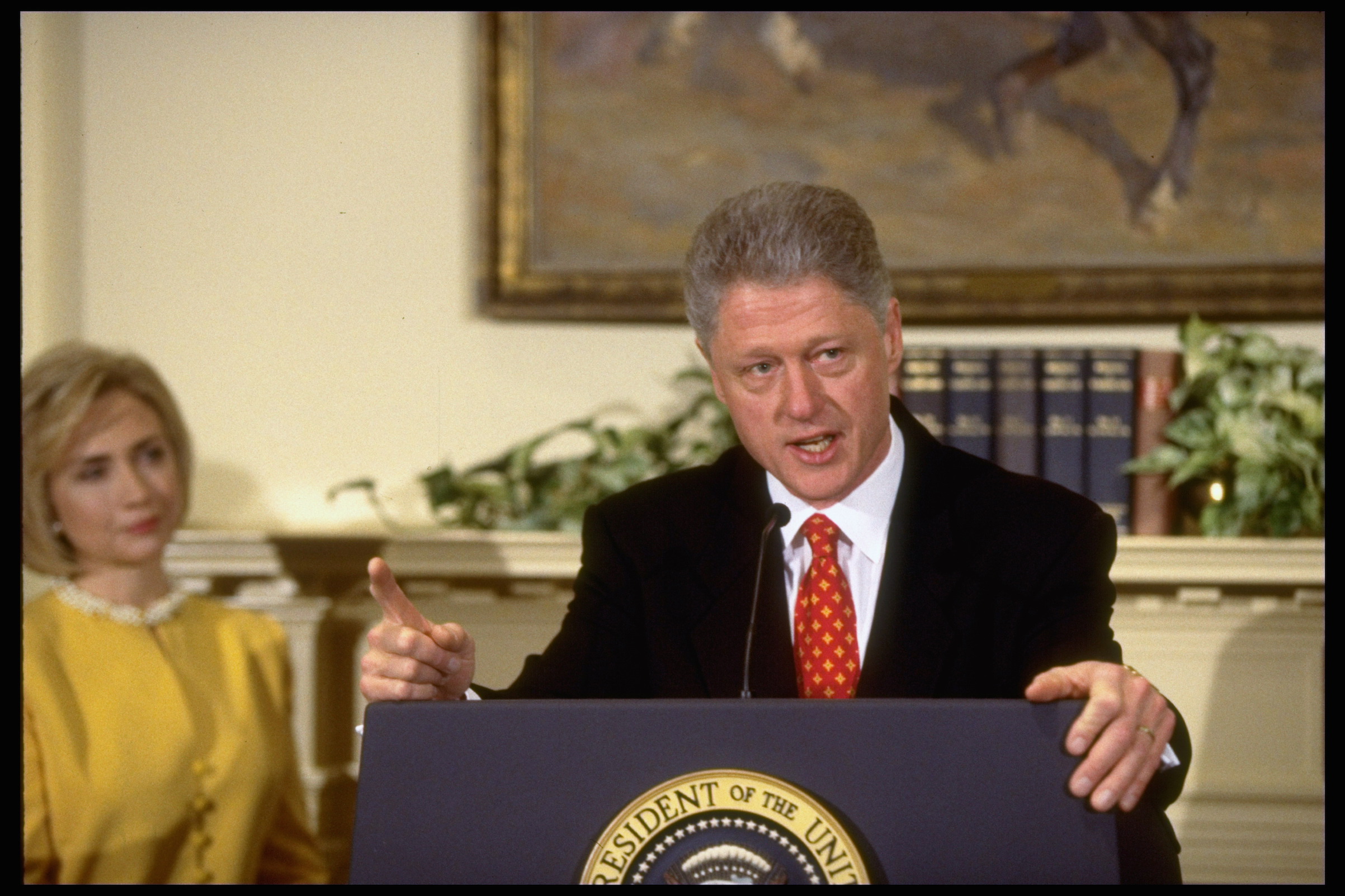 BACK TO WORDS – CLASS 101 (Important Repost)

IS THERE “ANY” HONOR IN WASHINGTON AT ALL ?