YOU “CAN” HANDLE THE TRUTH 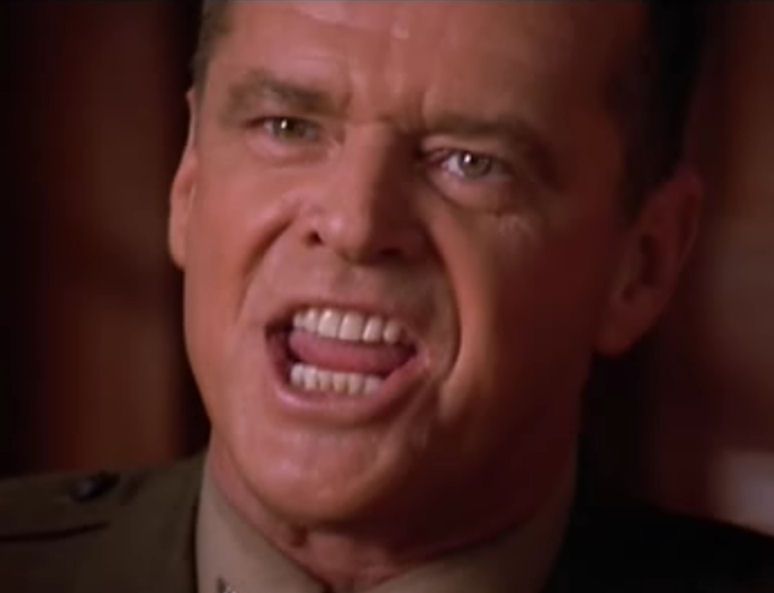 Regardless of what you’ve been told previously…, YOU are far smarter and capable than you may think!   It is for THIS REASON ALONE that this blog is being written!

YOU CAN HANDLE THE TRUTH!!

The very idea that truth needs to be hidden from the masses for their own protection is a deceptive idea that has been drummed into the feeble skulls of SECRET SOCIETY MEMBERS by their criminal leaders.

It was done so that large numbers of members of Secret Societies could “justify” their willingness to LIE to and DECEIVE the many other people around them in their day to day business dealings and interactions with those who were not “in the know”!!

Ultimately…, directly BEHIND this crazy and selfish idea was the plot of MASS CONTROL OVER ALL OF HUMANITY…, and really had nothing to do with humanities ability to HANDLE THE TRUTH.

A few dirty, sadistic, and powerful old men and women wanted to control the entire world…, and they needed a viable way to get it done because it could only be done from behind the scenes and in great SECRECY!

If everyone knew the TRUTH…, then their ability to control things from behind the scenes was impossible.

THUS the great push (from inside of secret societies) to CON it’s members that humanity is wholly incapable of knowing important things and facts and just can’t “handle” them.

This has been an ongoing con right from the days of the KNIGHTS TEMPLAR…, and actually even earlier than that.

Ultimately it will stop!

But please don’t look to the MILLENNIALS to stop it!

They are so brain washed at this point they are literally BEGGING TO BE LIED TO…, and are DESPERATE TO CENSOR, HIDE, AND BLOCK any and all information they don’t agree with.

These are the people (age 20 to 40) working in the trenches at BIG TECH and who are censoring, banning, and robbing the entire world of their ability to have FREE SPEECH!

In essence, they are a generation that is mostly LOST (with some exceptions) to history!  (RIP)

Look instead to the children who are in school now…, and look to the heroic teachers who are going to teach them (in secret) how to stand up to lies and deception!

Why do you think that the DEEP STATE is passing such horrible laws concerning young children and college age students in a desperate attempt to mind control them in the most draconian fashion ever imagined?

THEY ARE TERRIFIED OF THIS NEW GENERATION

And they are trying to STOP THEM at all costs!   If you really want to do something to help humanity…, help a school age kid LEARN TO SEE THROUGH ALL OF THE LIES!

Liberal/Progressive/Socialist School Teachers who are doing so much damage to our children will have a lot to answer for in the after life!

They have caused immense REAL DAMAGE to the the soul of humanity…, and as such have earned some HORRIBLE CONSEQUENCES which they will cry in anguish over!

LYING TO CHILDREN IS A CRIME THAT IS AS BAD AS PHYSICALLY ABUSING THEM!

Millions of Liberal Teachers in America have taken to “FABRICATING”  issues and circumstances in their school room classes in order to use children to further POLITICAL AGENDAS.

This is a cosmic level crime against the children!

This is like a hateful married couple that is using their own children against each other in order to get the upper hand in a dirty divorce or custody battle.

It is PURE EVIL and should never be done!

However, LIBERAL TEACHERS in America are doing this every single day in schools all over the country!

These people are scum of the worst sort, and they will be dealt with severely by the COSMIC JUSTICE SYSTEM when they leave their physical bodies!

Mark my words…, GOD IS WATCHING…, as is the entire Universe!

EARTH IS ON TRIAL….., MANKIND IS ON TRIAL…, AND EVERY SINGLE THOUGHT WORD AND DEED IS BEING RECORDED AS EVIDENCE!

NO ONE GETS AWAY WITH ANYTHING!  NOTHING HAPPENS IN SECRET!  EVERYTHING (EVEN THOUGHTS) ARE BEING RECORDED FOR LATER USE!

….Oh and by the way…, to those who are using VOICE TO SKULL technology to implant thoughts and hateful ideas into the minds of others…, your punishment will be of the type and kind that no one in the Universe has ever yet seen!

To manipulate the minds of others and to use technology to do this is a crime for which even the ANGELS in heaven can not and WILL NOT help you with!   By your use of this technology your souls will be CAST OUT and cast down!   REPENT…, REPENT…, REPENT!!

BEG GOD FOR FORGIVENESS NOW WHILE THERE IS STILL TIME

I am not joking on this issue…, because it is THAT horrifying to the all of the Universe that you have taken to using this technology in this way!   No beings anywhere on any level will help you or defend you once you leave your physical bodies!   They see your actions here as the most reprehensible that have ever taken place in time and space!

HOW TO READ MY BLOG – A REFRESHER COURSE