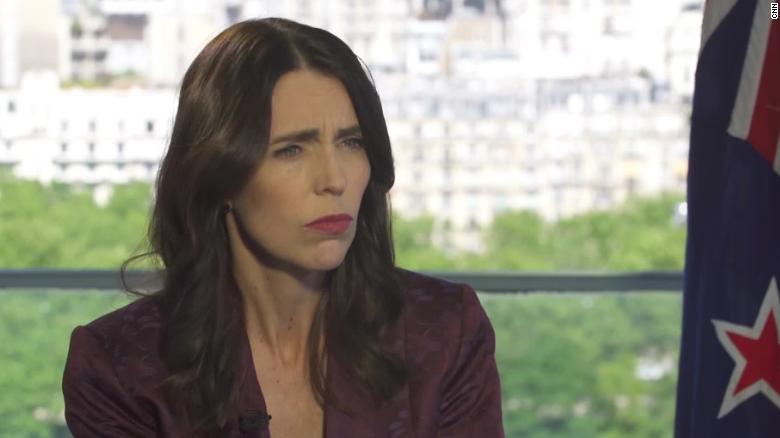 Well…, just when you thought you’d seen EVERYTHING in the dumb and dumber Universe…, then you see this!

Honestly…, I think (some) of the younger generation literally DO IN FACT have rocks in their heads!

I know my own Father used to ask me that question quite often if I made a rather silly computational blunder when I was a kid.

I never grew tired of hearing the phrase…,

TIME TO EDUCATE THE “YOUNG ONES”

You see…, in the BILL OF RIGHTS…, all Americans are afforded the RIGHT TO BARE ARMS!   This means that it is a “right” which can NEVER be taken away…, PERIOD!

Of course this is all apparently lost on 38 year old Jacinda Ardern, who has not gotten her final brain cells activated yet!

(Apparently 40 is the magic age for that)

See a quote from her below:

You can draw a line and say that that does not mean that you need access to military-style semi-automatic weapons and assault rifles. You do not,” she said. “And New Zealand has absolutely agreed with that position.”

“Australia experienced a massacre and changed their laws, New Zealand had its experience and changed its laws, to be honest I do not understand the United States,” she added.

Now…, apparently…, this sad human being has no clue what a “right” is or what a LAW IS!

Having been successfully “installed” as the “SUPREME CHANCELLOR” – I mean the Prime Minister of New Zealand…, she has embarked upon purely DRACONIAN and AUTHORITARIAN measures that would make Adolf Hitler’s own “SS” proud!

Well let’s take this “child” to school shall we…, because apparently in her “fairy tale world” of “ How to be a Princess”…, she thinks that American’s “right” to bear arms somehow has to do with “hunting and fishing”.

Americans “right” to bear arms was placed into our Constitution specifically to allow us to protect ourselves FROM THE TYRANNY OF GOVERNMENT!

Having just fought a nasty Revolutionary War with England…, it was seen that ”governments’ can stoop down to the level of PURE EVIL…, at any moment…, and that one of the most basic human rights is the right to THROW OFF that evil if need be!

That is why the Second Amendment was placed into our Constitution…, NOT for hunting and fishing purposes!

So not being smart enough to figure this out…, she asks this DUMB QUESTION:

WHY DO AMERICAN EVEN NEED “ASSAULT WEAPONS” and “SEMI-AUTOMATIC WEAPONS”…??

Because THAT dear child…, is how you protect yourself from a ROUGE GOVERNMENT…, THAT’S WHY!!!

Interestingly…, just days after what has been proven to be a FALSE FLAG operation…, that was perpetrated upon the New Zealand people…, this Prime Minister has had all her POLICE GOONS moving across the countryside bullying and intimidating all of the people she that is supposed to be looking out for!

Including asking them what their political views are and why!!

BOTH STALIN and MAO would be proud!

Just days after the attack, New Zealand’s government announced a ban on semi-automatic firearms and has started sending police to citizens’ homes to ascertain their political beliefs, including whether or not they support President Trump.

In fact, Ardern’s gun control measures have been so authoritarian that several 2020 Democrat candidates have called for them to be a blueprint for U.S. gun confiscation.

Next step for New Zealanders…., PRISON CAMPS and GULAGS!

HEY ALL YOU NEW ZEALANDERS.., here is some “free advice”….

Don’t say that the “Crazy Americans” and their strange loyalty to their SECOND AMENDMENT didn’t try to warn you…, when you see your own MILITARY POLICE start hauling you off to jail for “thought crimes” and “unhealthy points of view”!!

But keep in mind the second amendment is only
for American Nationals and not for US Citizens
or Citzens of the US; there is a very big difference!